Recently our foundation decided to sponsor a project in Lebanon which is providing help to Syrian refugees. Actually the situation of these people seem to be very alarming. They are caught in the middle of a fight that has disrupted their lives completely.

When we made a bank wire to the our partner, AMURT, who is on the ground doing the work, the amount was returned. Initially we thought we made a mistake in the bank account number or something but it ended up that everything was correct. What was wrong is that we wrote that the funds are destined to help Syrians. That was what was wrong for the banks. Then we had to remove that word and leave only “help to refugees”. That was fine and the money arrived finally to the destination.

Anyway, AMURT’s project is a great one. They can do a lot with little funds and that is what our Foundation likes. Most of the time big funds breed corruption and create huge projects that get closed immediately after the funds dry up. Not to say that a lot of these funds end up in some corrupt guy’s pocket and is used to suppress, repress, and oppress. 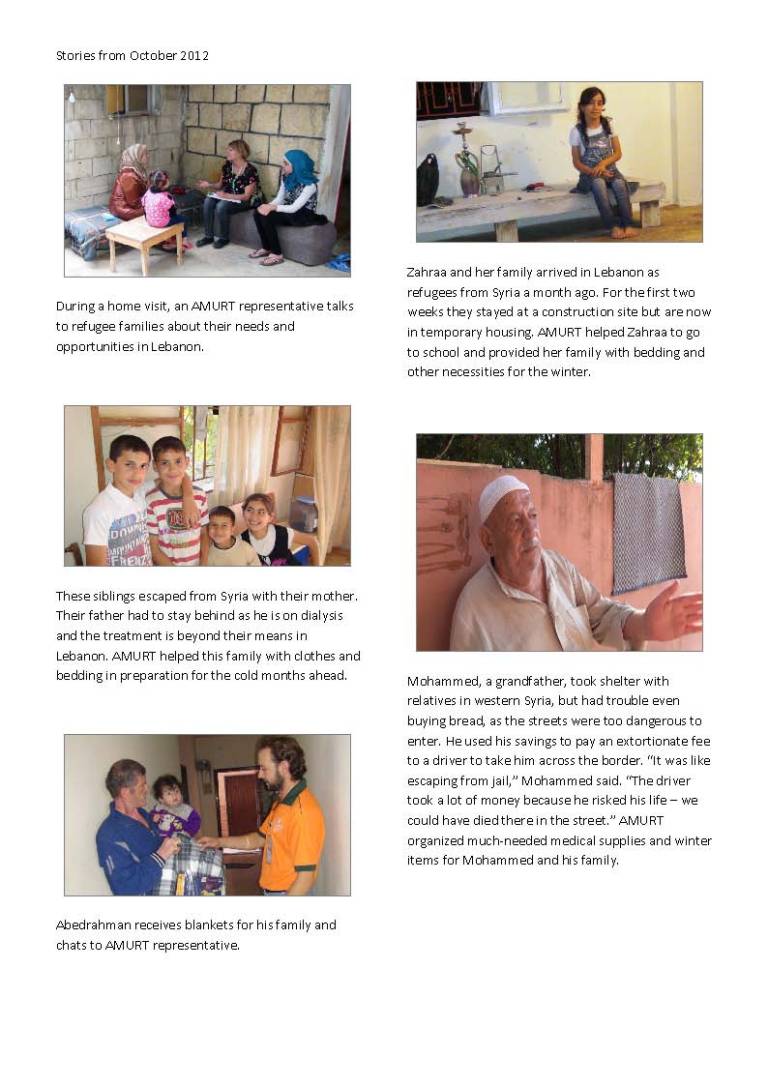